Known as a powerful singer who “embodies the soul projected through her voice” and “palpably lives the sound”, American-born, Toronto-raised mezzo-soprano Alexandra “Ali” Garrison, dares to sing many styles of great music from around our dear planet.

A graduate of the University of Michigan School of Music Vocal Performance Program, she has performed a huge variety of operatic/theatrical roles with regional companies and is a frequent concert soloist with numerous ensembles and choirs in Canada and the U.S. She travels internationally to teach, collaborate and sing, working in tandem with artists, improvisers and composers to foster new works and promote music for a more harmonious world. She has had many works composed specifically for her by numerous composers and has been in residence as a voice teacher at Summerkeys in Lubec, Maine and at Universidad de Valle del Guatemala in Guatemala City and Soledad.

Ali is a proud founding alumnus and soloist with the renowned Nathaniel Dett Chorale, and as such, toured extensively, performing for such luminaries as Nelson Mandela and Graca Machel, Muhammad Ali, Bishop Desmond Tutu, Jesse Norman, Kathleen Battle, Stephen Lewis and was privileged to be Canada’s “gift” to President Obama’s 2009 Inauguration festivities. It was for this trail-blazing ensemble that she co-wrote the education series, Canaan Lan’ and was on faculty for their Youth Training Program.

Ms. Garrison has been teaching voice privately in her voice studio in Toronto for eighteen years, leading and facilitating groups in, and writing about, the following areas: voice and body work for both ensemble singers and soloists; freeing our imaginations and our sound; The intersection of creativity, art and philosophy; free musical improvisation; advocacy for the arts and social justice.  She is a member of ACTRA, and a Gemini Nominee.

For her 50th birthday, Ali decided, after singing on everyone else’s recordings for years, that it was high time to produce her own first solo EP, entitled, Ali Garrison Sings Michel Legrand: The Summer Knows, with Danny McErlain, pianist. Visit iTunes to purchase her EP and take Ali home with you, here!

Ali’s most recent solo concert, called Music from the Heart of Now was held at Gallery 345 where she gathered seven composers from the Americas who have all written music for her voice.

For the past two years, Ms. Garrison has been researching her Abolitionist ancestry, collaborating, writing and producing on a theatre project with her colleague, Dr. Von H. Washington called In Search of Giants about a personal journey leading to the discovery of  three significant leaders on the Underground Railroad. It has been playing to full houses and standing ovations since it began touring Michigan in November 2015. There have been numerous transnational performances since, along Michigan and Ontario Underground Railroad routes, including Schoolcraft, Kalamazoo, Albion, Ypsilanti, Ann Arbor, Toronto and Windsor. For more information and bookings, you may contact Ali here. 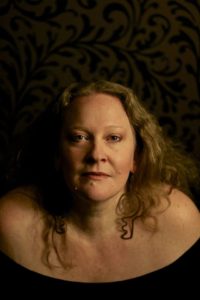 Ali Garrison: from The Vault. Photo by David C. Garrison